Photo of the Week is stuck

The 'Photo of the Week' is stuck on the below, and has been since I joined this Stack some 6+ months ago. 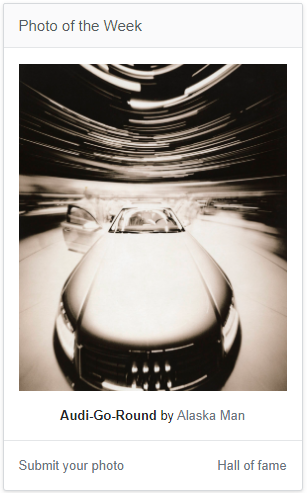 Update: I changed the PotW to the most recent photo contest 2nd-place submission. I'll start cycling through other high-voted submissions.

It's not so much stuck, as it is the fact that we don't have a current photo contest going.

We had a Photo of the Week Contest going for nearly a decade, but it suffered from having too deep of a submission queue (where substantially older submissions had higher votes than newer submissions), as well as low current participation.

Some of us had attempted to restart a new photo monthly photo contest, but it withered on the vine, partly due to reasons similar to those I mentioned, partly due to overcome by events, and partly just due to "2020".

155
Image of the week "hall of fame"
3
Does Photography SE Need Moderation Help?

3
Better Way to Submit Pictures of the Week?
29
Photo of the Week Theme Ideas
3
Picture of the Week Theme: Classical Elements 'Fire' for week of April 2, '12
3
Why Weekly Featured Image doesn't use the proposed ideas?
20
Is the Photo-SE community effectively dead?
12
How can we improve the voting on the photo competitions?
8
Are photos from phones allowed in the "photo of the week" contest?
4
Name mixup on photo of the week
3
Does Photography SE Need Moderation Help?